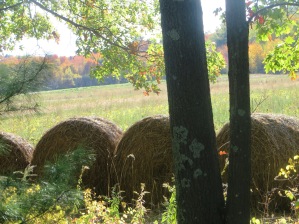 I woke up yesterday morning, falling into my usual routine (heading straight to the coffee pot) and found an open magazine, folded over to a page entitled “The Verdict on GMO Foods: Safe to Eat””.Once in awhile my husband will come across an article on nutrition in one of his financial magazines he likes to read. He then will leave it out for me to read (in this case, it was Kiplinger’s Personal Finance Magazine). It was a short but informative article on a very recent and important report that was just released after a “2 year review of 900 research publications” by 20 scientists (according to the one page article). In addition to reviewing the research studies, the committee of scientists also looked at the incidence of certain conditions (cancer, obesity, autism,food allergy, diabetes, celiac disease, kidney disease) in Western Europe (where GMO’s are restricted) and North America (where they are not). They found no differences in the incidence of these diseases and conditions (suggesting that differences would be expected if GMO’s played a role). I don’t give much credit to “associations”……just because they didn’t find any is somewhat meaningless to me, but that is just my opinion.

The third point mentioned in this article was the fact that we really can’t distinguish differences between plants that are “conventionally bred” to be herbicide-resistant and plants that are genetically engineered to be. Apparently, it is difficult to tell the difference between the two, so it may be more important to look at the “product, not the process”. This appears to be the bottom line: experts call for an approach to regulation “that uses trait novelty, potential hazard and exposure as criteria” instead of making “sweeping, generalized statements about the benefits or adverse effects” of GMO foods. This makes sense to me. The process may be less important than the final product. The article even mentioned the fact that in the future, genetic engineering may enable us to make foods even healthier…hhhmmmm. My brain is having a hard time wrapping around that one.

When it comes to the push to label GMO foods, the controversy is that if they are considered safe, why do we need to label them? On the other hand, consumers have a right to know what they are eating. Just because this review states (for now) they appear to be safe, even the reports states “that doesn’t mean there will never be a risk”. I, for one, like knowing what I am buying. Also, as will saccharin and nicotine, it takes time to learn about these things. Hopefully, this report won’t hamper efforts towards labeling GMO ingredients.

For those of you interested in the details of the report (you can scroll around to the sections you are interested in), see the NAS website link at:

As with anything, and despite whatever scientific findings, we can make our own decisions regarding what we feel good about eating. I will continue to prefer cooking my own meals, with lots of colors and natural ingredients, herbs from my own garden, thrown together randomly as usual….I won’t freak if I find out something I ate was genetically modified, but to be honest, if it says “non-GMO” on the label, I am happy. Yes, although I prefer the flavor of home cooked foods, I will eat processed food if that’s what there is (nothing wrong with an occasional can of Progresso Minestrone Soup). Or a ritz cracker. The bottom line is healthy eating means being informed but then, making up your own mind. My cardinal apparently has made up his mind to eat non-GMO berries….and appears to be thriving.