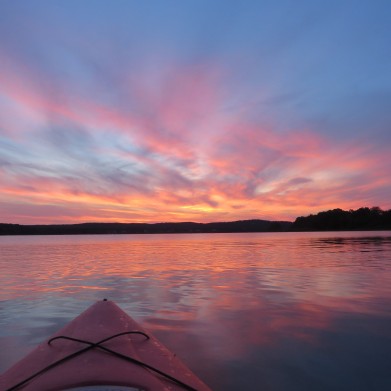 I will call her Jessica. She was one tough cookie, starting from the day her mom brought her in for her first visit with the dietitian. She was 16 years old and referred by her pediatrician for weight loss and a possible eating disorder. I could tell from Jessica’s demeanor and angry face that she would rather be having her toenails pulled out than be here. I met with mom first (I have learned that having both parent and teenager in together almost always turned my otherwise very pleasant counseling room into a war zone). Anyway, Jessica’s mom filled me in on the fact that her daughter did not want to come today. Mom wanted to prepare me for a very bad visit. I let her tell the story of why she was there, and just as with many parents I have seen, the feelings  transitioned from anger to sadness and eventually tears. A newly diagnosed eating disordered teenager is ….well…..so difficult for me to even put into words, because I just can’t imagine how painful it is to watch your son or daughter fading before your eyes. I also know it is scary  for a teenager when they are being taken over by this deadly disease. So when a parent finds out their teenage child has an issue with their eating, what they do can be critical.

With today being the very last day of February, Eating Disorder’s Awareness Month, I thought it might be helpful to share my experiences with the intent to help parents understand just a little bit about what is happening when their teenager seems to be falling into the grip of disordered eating. Let me make it clear that from my experience, every single parent I have ever met who has brought their teen to come see me for help are always caring parents who love their children and only want the best for them. But most of them don’t understand what is going on, and their reactions to their teenagers behavior are often not helpful.

So here are just 5 things I wanted to bring to the attention of any parent who may have to struggle through this with their teenager:

You know how it is when you see someone everyday….sometimes small changes go unnoticed. Sometimes, when teenagers are wearing baggie clothing (which is very common in people with body image concerns) we just don’t realize a significant weight loss has occurred. And sometimes, if a teen is a bit on the larger size, she may get attention for losing weight. Parents sometimes feel happy and proud when weight is lost. They don’t want their daughter to be overweight, the importance of avoiding obesity is all over the media, why wouldn’t they be happy? The problem is (and I see this all the time, when people don’t stop to think) sometimes weight is lost in a way that is not healthy at all, and even dangerous. Sometimes kids skip meals, teenagers stop menstruating (a huge red flag) or even may suffer from dizzy spells and fainting. Parents need to investigate when a teen loses weight, not condone it, not praise it, but find out why. If someone cuts out soda, or takes up a healthy sport and is enjoying life, still eating with the family and eating normally, then there may be no issue at all (but PLEASE don’t give too much attention to the weight loss, instead support the healthy lifestyle as that is a good thing, and has nothing to do with weight). Be sure to take your teenager for regular doctor’s visits and ask to see the growth chart. Ask your doctor to explain it, and if your teen is falling off the growth chart, or not gaining weight, find out why. If your daughter stops having a period, or starts skipping periods, tell the doctor. But do not ever ignore weight loss in a teenager.

2. Do not make the dinner table a war zone.

If your teenager used to love your mashed potatoes and now does not want them, don’t make an issue out of it (at first). But if you notice they no longer want other foods they used to love, and insist on only grilled chicken and salad, don’t ignore it, however don’t start pressuring them at the table. The dinner table needs to be a happy place for everyone in the family. Plus, it will not work, and will most likely cause your teenager to avoid the dinner table altogether. Instead, seek out the help of a professional. Tell your pediatrician about the sudden food refusal and ask for some references for therapists who deal with eating disorders. Tell your teenager that you are worried about her eating and that she does not eat the way she used to. I explain it as an “assessment” so that is sounds less threatening. It is just to be sure everything is ok. Or, you can start with a dietitian to be sure your teenager is getting what she needs nutritionally. Sometimes, kids go through phases when they want to eat healthy, or experiment with vegetarianism, etc. and they just need a professional (and not their mother) to explain why it is ok to eat pizza or potatoes, or ice cream, or whatever because it all contributes nutrition. I have had many teens show a sign of relief that someone who “knows” gave them permission to eat ice cream again! They happily go back to mom’s potatoes. But if they don’t, typically the dietitian can also help along with the pediatrician in finding a therapist who has expertise in eating disorders.

3. Do not ignore your instincts.

Besides refusing foods they used to like, are you getting a feeling that something is just not right? Do you catch your teenager in telling little “fibs”that may not seem significant, but make you think something is up? For instance, your son says he is going to eat with his friends at the pizza joint after school, yet when you see his friends later that week, you hear them ask where he was….is he finagling his way out of meals? Or, has your daughter started a new routine, where for some reason, after eating she always has to run to the bathroom? Could she be vomiting after meals? Or have you caught your teen checking out their tummy in the mirror? Of course this can be totally normal, but if it is coupled with other “red-flag” behaviors such as food refusal, and your instincts are telling you something is wrong, don’t ignore it. Ask questions. Let your teenager know you have concerns and are wondering what is up.

4. Do not think your teenager is purposefully trying to drive you crazy.

One of the first things I always say to a parent whose teenager is newly diagnosed with an eating disorder is “they are not doing this on purpose”. Parents get very angry (at first) when their previously happy eat-you-out-of-house-and-home teenager no longer will even sit at the dinner table. Teenage years are not always the easiest as it is (having had 3 of these I can say from experience). The purple hair, the pierced eyebrows, the roller blades, loud music, protesting the rodeo……teenage years are a time of transition, so throwing in body image issues and disordered eating into the mix certainly has the potential to create some explosive scenarios.  But when it comes to an eating disorder, trust me, no one, not even a teenager, wishes the torturing mindset that comes with the disease upon themselves. What has helped me tremendously in understanding what those with eating disorders are going through is the concept of “ED”. ED is what I imagine as a monstrous little creature sitting on your teenager’s shoulder, muttering the most horrible and distorted demands into their heads that they just can’t ignore. “Don’t eat that! It will make you fat!” “Don’t listen to her, she wants to make you fat!” ” You need to skip dinner, you ate lunch, or you will get fat!” “You don’t deserve that, you were bad all week” And on and on and on. All day. Every meal. After every bite. So when your teenager has a fit, and gets mad at you, and yells and swears, just know it is not her or him. They are under the influence of something very powerful and not in their control. Not yet, until they get help. Which brings me to the last point….

It really is hard to commit yourself to doing what you need to do to get help. These days, we are all so busy. Both parents work, and there are more single parent households relying on only one income. Teenagers are involved in sports, getting their driving permits, there are proms to go to, it is endless. But, if ED gets control, none of that will matter in the long run because he can get such a grip on a person’s life that it will only get harder and harder to shake him off. Not only health,but lives are at risk.  No matter what it takes, rearranging work time, finding a therapist who has evening hours, getting into a program, the sooner you get help, the better. Check out the National Eating Disorders and Awareness site at NEDA for more information on eating disorders. Your teenager does not have power or control over what is going on with their eating or their body image. But you CAN help your teen by getting them help. Trust your instinct as a parent. If you think something is wrong, you are probably right.

You might wonder why I chose the beautiful photo at the beginning of this post. It is from a kayak trip down the Connecticut River, off the town of Essex. To me it symbolizes what I have learned an eating disorder is to many patients: it is something they turn to in order to deal with something else in their lives. It is a “life preserver” such as those thrown into a river when someone can’t swim.

They need to learn to swim before they can let go. But there is so much to look forward to, like the beautiful sunset in the distance. They will get there.

2 thoughts on “Teens and Eating Disorders: 5 Mistakes To Avoid if You Are a Parent”